Parliamentarian patrol led by Ireton clashes with a small detachment of Charles’s Life Guard at Naseby – the Royalists captured playing quoits in the church. At the later Council of War, Royalists divided – Prince Rupert and Astley advocate continuing north, but outvoted – the decision is to turn and fight.

Parliamentarian army roused & begins to move towards Market Harborough – the army is to assemble at the windmill on high ground outside the village of Naseby (Obelisk Viewpoint). The Royalist army begins to assemble four miles away on a ridge south of East Farndon (near Prince Rupert’s Viewpoint) Neither side can see the other.

Royalists fear their intelligence is wrong and send scoutmaster Francis Ruce to discover whereabouts of the New Model Army – he fails to spot them. Fairfax and Cromwell decide to move from ridge across Mill Hill, to Closter and Sheddon Hills overlooking a flat bottomed valley called Broadmoor. Rupert, decides to look for himself & sees New Model Army moving towards Mill Hill – calls for the king to move Royalist army.

The Royalist army marches south before turning west across Moot Hill, east of Sibbertoft before turning south again and onto a ridge on the other side of Broadmoor called Dust Hill. Their artillery & baggage trains march through the village of Clipston before turning right along the narrow lane towards Sibbertoft.

The two sides form up on the ridges on either side of Broadmoor, flanked by Sulby parish boundary hedge to the west, and scrub, furze and bog of the Clipston parish boundary to the east. Both sides placed their infantry in the centre with the horse on each wing. They are ready for battle! 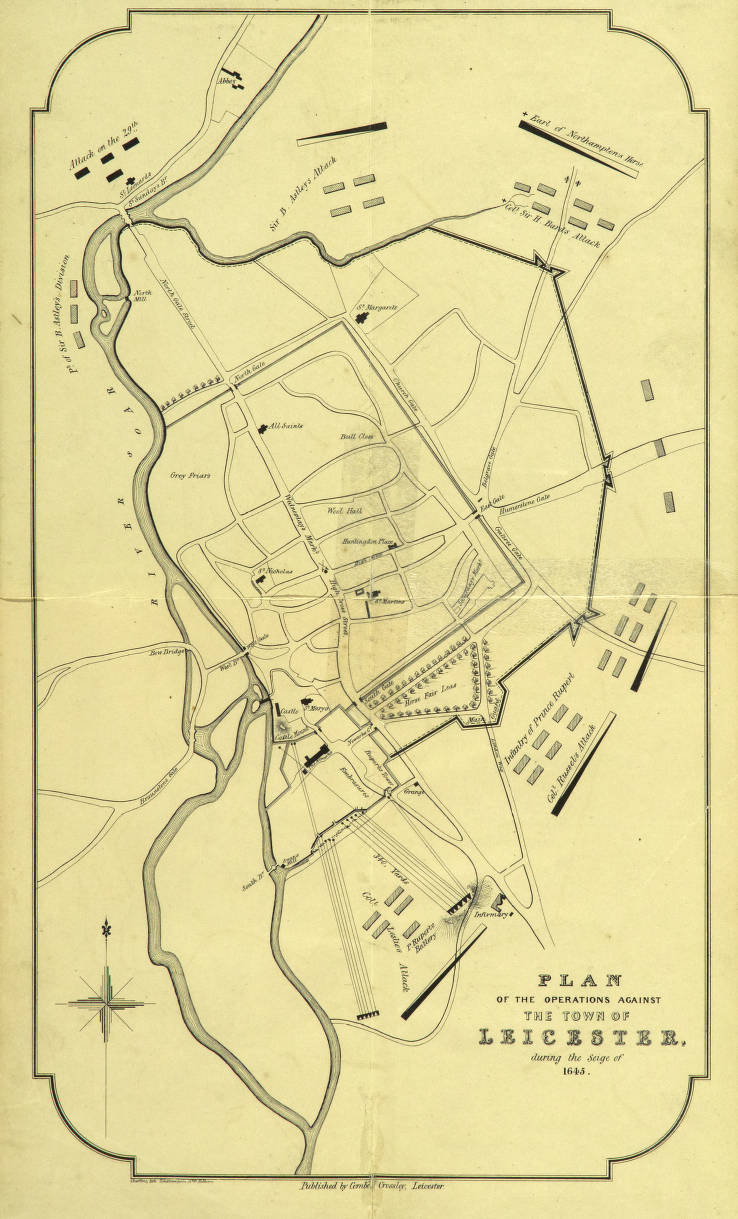 The Siege of Leicester

[Image courtesy of University of Leicester] 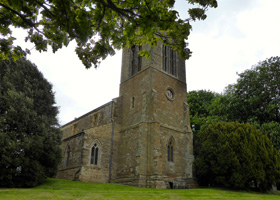 The Obelisk – marking the location of the Windmill