Battle of Edgehill – an inconclusive draw

Royalist successes particularly in the south-west. The Battle of Roundaway Down was a Royalist victory, but the First Battle of Newbury – was a Parliamentarian victory.

Winter Parliament makes an alliance with the Presbyterian Scots

The Battles of Cropredy Bridge and Lostwithiel are considered Royalist Victories. Whilst the Battle of Marston Moor – Parliamentarian victory. The Second Battle of Newbury – is a draw but the Royalist army escapes.

The first major engagement of the Civil War takes place at Edgehill in October 1642. The battle ends in a draw but the Royalists fail to advance on London. In 1643 the Royalists attempt a three-pronged advance on London from the north, from Wales and the south-west. Despite winning a number of battles and capturing Bristol they fail to make a decisive breakthrough. Following secret negotiations between Parliament and the Scots, a Scottish army invades Northern England in January 1644. 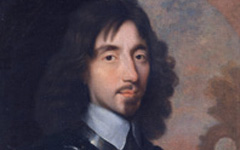 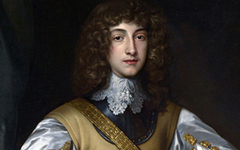 Prince Rupert of the Rhine 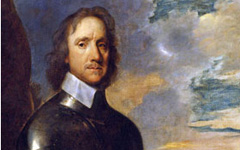 On 2 July, at Battle of Marston Moor outside York Prince Rupert is defeated by combined Anglo-Scottish army – Oliver Cromwell plays a vital role in winning the battle – Royalists lose control of the North of England. During the winter Parliament creates the New Model Army, a body of full-time professional soldiers led by professional officers (MPs and peers were forbidden to serve) with Sir Thomas Fairfax as commander-in-chief.

1. Causes of the Civil War
THE BATTLE HOMEPAGE
3. The Naseby Campaign