The founding of the Naseby Battlefield Project 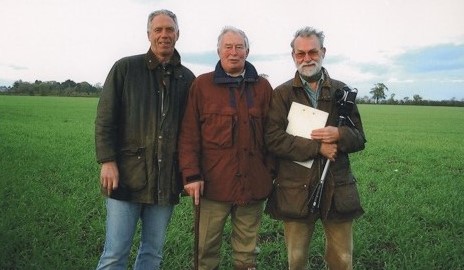 In 1999 a Battlefields Trust walk took place to view the battlefield of Naseby. At the end of the day’s fascinating tour, Peter Burton challenged members of the Trust to do something about making Naseby better known. As a result a working party was set up including, vitally, Peter Burton and Michael Westaway, and additionally author and military historian Martin Marix Evans. Peter had lived all his life in Sibbertoft and Michael’s family, originally from Devon, farmed Prince Ruperts farm on the battlefield for 25 years. They had been carrying out metal detecting on the battlefield and its environs for over 20 years and had recorded their finds on maps. Together with the contributions of other detectorists, this research had provided the foundation for a complete revision of historical accounts of the battle.

Martin, Peter and Michael co-authored Naseby – June 1645 (Pen & Sword, 2002), a new account and guide to the battle. Michael Westaway died in 2009, and is commemorated at the King’s Oak viewpoint on the Sulby Hedges permissive path. Peter Burton and Martin Marix Evans handed over their tasks as trustees to fresh hands in 2011.

The project’s original aims are now complete. We have an extensive Battlefield Trail with the installation of viewing points with colourful interpretation boards at key locations.

Our future plans are to further enhance and improve the visitor experience to the battlefield. We are embarking upon a programme of renewal and refurbishment of our existing viewpoints and monuments, and are also looking to enhance two key locations to cater for the needs of our visitors and to further widen the battlefield’s appeal to educational groups – from school children, universities, business groups, and military training schools. We are also looking to develop and enhance bio-diversity where possible whilst enhancing our visitor experience.

Some of what visitors to Naseby battlefield can expect to find: 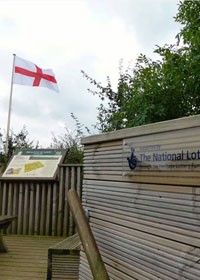 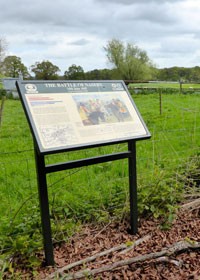 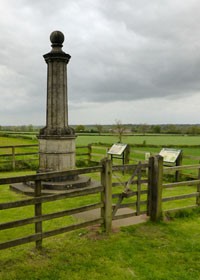 To discover more about Naseby – the campaign and the battle, why not join one of our Battlefield Tours? We offer regular public tours and events, or commission a bespoke tour for you and your history group, friends or even your family. Please click the button below for more details.